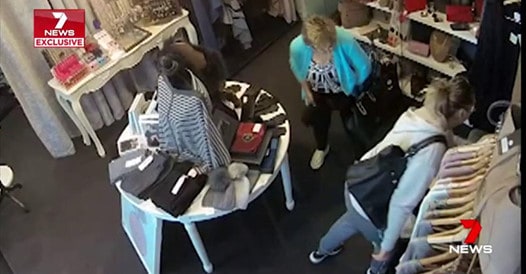 Some time ago, one of our valued clients, Fancy on Ferguson in Williamstown, had a gang of three ladies shoplifting garments, including a fur coat from the store. The whole episode was captured in glorious detail by the camera system installed by Oliver-Ramsay Security. The footage led to the thieves being identified and charged.
Well, the wheels of justice grind slowly, but this week Fancy on Ferguson received a letter from the Magistrates Court of Victoria explaining that the main offender has been successfully tried and the outcome was a letter of apology from the thief as well as payment for the stolen garments.
It was great to be a part of getting this result for our client and show that the system can really work!
Here’s the post from “Fancy on Ferguson’s” Facebook Page….
https://www.facebook.com/fancyonferguson/photos/a.195689747203357/2392866980818945
Some of you may remember we hit the news a year ago with some pretty interesting footage of a theft that took place at our store. We have been delighted with the outcome of our justice system where we have been repaid for what was stolen, with a letter of apology. Thanks Willi Police, you’re the best!!